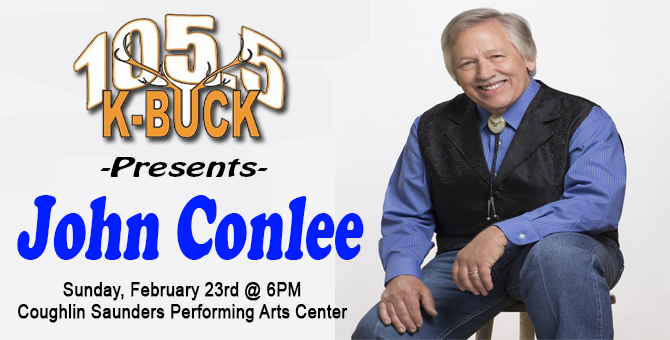 John Conlee is a country music icon and has been a member of the Grand Ole Opry since 1981.

During John Conlee’s 40 year career in Country Music, he has brought to audiences such classic songs as: “Rose Colored Glasses” (John’s signature song), “Friday Night Blues”, “Backside of 30”, “Common Man”, “Miss Emily’s Picture”, “I Don’t Remember Lovin’ You”, and more. Overall, there have been 29 single releases throughout the years with 26 of them charting in the top 20 or better. Eight of those 26 have reached the coveted No. 1 spot on the national country charts.